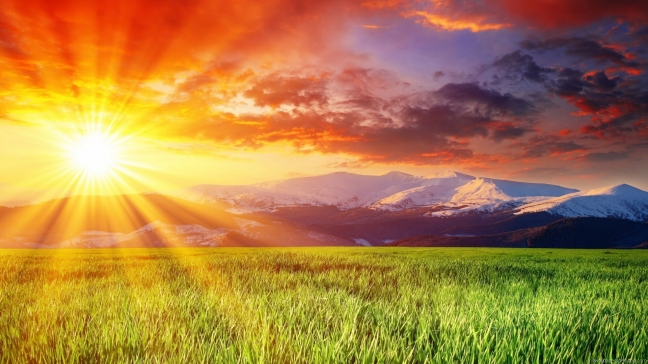 God is not adept of any religion. Nature, both physical and non-physical, is independent of our beliefs and opinions about it. Science and religion are only human interpretations of the laws that govern the universe and our relationship with it as individual consciousnesses. Every law of physics reflect an attempt to interpret the mechanisms of the four-dimensional (3 of space and 1 of time) physical universe, but doesn’t change those mechanisms themselves, neither explore their relation with other neglected dimensions. Similarly, every religion reflect an attempt to interpret the moral and intellectual laws that govern our connection with the creator and (perhaps) with the universe, but such mechanisms are also independent of our interpretations. This has very important consequences that are often ignored or even denied by our society; that is, we must be very careful not to fall into dogmatism.

Now, allow me a parenthesis before I continue discoursing about religion. This parenthesis is about the dogmatism of our sciences. I am not picking on sciences. The point is that when we talk about dogmatism, it is common for people to think it is only something applicable to religion. However, simply put, dogmatism is the imposition (moral or even physically) of a specific belief system as an unquestionable truth. So, when we think about science, we often think about the application of methods or research, checks and balances that guarantee trustworthy results, right? That’s why questioning science is typically a sign of ignorance, lack of education or both. Science can’t be questioned because it works with verifiable results. Well, it happens that as we go down this path we walk a fine line between exploration and dogmatism. For instance, does it follow that verifiable results must always be physical and positivist? In this case, should we even consider psychology and philosophy fields of science? What about all para-psychological phenomena (ESP, materialization,  telekinesis, etc.) which have already been demonstrated multiple (repeated) times under controlled conditions, by multiple people and everywhere in the globe.  Should we simply deny the veracity of observable phenomena as rulers of what is possible and what is not possible in the universe? Shouldn’t we question whether significant scientific advancements cannot be made through research in areas that, for their own non-material nature, cannot be researched through traditional positivist means? Does science really cannot accommodate any flexibility, any adaptability that proves to be adequate for the study of a given subject matter, or natural events happening in dimensions beyond the three-dimensional space and one-dimensional time? With so many signs that indicate the survival of consciousness after physical death, the reality of reincarnation, among others; should we really reject all studies in those areas? With science coming to the conclusion, through its own means, that the observer consciousness can affect the results of an experiment, that there is a non-local space-time reality (entanglement), that matter is just a condensed energy state, etc.; should we really marginalize those research fields likely to drive potential groundbreaking revolutions and place the burden of proving them right (to a large audience already convinced they are wrong) on anyone who with no funding or support decides to study them? Could this be one of the most disguised forms of dogmatism of our present society?

There is a difference between rejection and denial, the latter being the state of our sciences when opting not to honestly and unbiasedly research certain topics. Then, isn’t this denial evidencing a plain and simple dogmatism? Isn’t it what dogmatic people do, to deny anything different than their own viewpoints? Isn’t it a state of mind where anything opposed to a particular paradigm is ruled out? Dogmatism is a state where out of pride and selfishness we want the universe to function according to our own interpretations of it. Therefore, there is a particular way to connect with God, my way! There are particular natural phenomena that can be accepted; those which can currently be “naturally” explained. Anything else should be classified as paranormal, supernatural or simply charlatanism or delusion. Yet, as Allan Kardec, the codifier of Spiritism, pointed out over 150 years ago, if there is an effect, there must be a cause. The talk below from Rupert Sheldrake brilliantly and clearly demonstrates dogmatism in our sciences.

But, going back to religion, it is of utmost importance that we start freeing ourselves up from the boundaries of any particular paradigm for our connection with God and the universe. Every strict religious belief is dogmatic and restrictive by nature. All religions are a step in our spiritual journey towards perfection and communion with God, but at some point we must free our minds of any particular interpretation. A new consciousness level is achieved when we become genuine explorers of the truth, aware of our current inability to grasp all of the laws of the cosmos and operate at a level of perfection that is in full harmony with the divine love. In other words, Earth humanity will raise to a whole new consciousness level when it free itself up from the walls of religions; when it absorb the universal truths contained in every religion and rid them from everything else. Then, all of us will truly be one. We will not be connected by belief-systems or laws that promote mutual respect and good behavior; we will be connected by divine love. We will be immersed in a love that transcends this planet and connects us with God and all of its creation. We will be awake to what we truly are. Then, as Chico Xavier, one of the most remarkable mediums of recent times noted brilliantly in 1971, at the live Brazilian TV audience program Pinga Fogo, “(…) we will understand that we are part of a universal family”. Indeed, we will then understand the true meaning of the bible passage which notes that God’s kingdom has many dwellings (see John 14:2).

In our development process to this new consciousness level, the Spiritist science codified by Allan Kardec, offers a remarkable new paradigm for the study and practice of spirituality in this new millennia. As Kardec himself noted, “Spiritism is not a new religion as some people pretend it to be because they don’t know it, or a new sect that is formed by taking advantage of older ones. It is a purely moral Doctrine with no dogmas and that allows each person the entire freedom of religion since it imposes none. A demonstration of that is the fact that its most enthusiastic followers are among the most devoted Catholics as among Protestant, Jews and Muslims. Spiritism has never advised anyone to change religion or sacrifice their beliefs. It does not really belong to any religion or better still, it is present in all of them.” (Kardec, October of 1861)

The passage above indicates the framework for a conscious spiritual practice which I consider to be in high demand in our world nowadays. It is a framework of curious, unbiased and unpretentious exploration of our relationship with the divine and the universe.  It is critical that we forge adequate perspectives for the advancement of spiritualist sciences; one that do not create boundaries, but eliminate them; one that free our consciousness from the many incarnations in contact with dogmatic belief systems. As a free-thinker and admirer of the Spiritist sciences, among other spiritualist bodies of knowledge, I believe that it is time for us to understand the smallness of all of our religions. In a universe of trillions of stars, all of them with dozens of planets, it is fair for us to ask: how many religions are out there? Do they have a leader, a pope? Then how many popes are out there? Is there a single religion that actually got everything right? Where is it and how can we know? Our communion with ourselves and, in consequence, with our divine nature requires us to free ourselves from the boundaries of paradigms that cannot be confirmed by reason and felt within our hearts. I see a future where religions will be faced as a step in our history towards true spirituality. I see a future where the boundaries between our four-dimensional reality and other unknown time-space dimensions are finally overcome by many. It is with this vision in mind that I write this text inviting my reader to tap into all of the spiritual knowledge at our disposal. The knowledge contained by all religions of all times as well as that which we can access through further exploration. It is in such way that Spiritism becomes a special step for humanity. Rather than think about it as just another religion, we must deeply understand its purpose, from design to its current state, as an anchor for the birth of a renovated humanity in a renovated Earth. In the words of its founder, “Spiritism proclaims freedom of thought as a natural law; calls it to his followers, in the same way for everyone. It respects all sincere faiths and requests reciprocity. From freedom of thought derives the right to self-examination in matters of faith. Spiritism rejects any form of blind faith, because they require men to surrender their own reason; it considers rootless all faiths imposed: Unshakable faith is only one which can confront reason face to face in all epochs of humanity.” (Kardec, Posthumous Works)

If you enjoyed this post, follow our page http://www.oregonspiritistsociety.com and social media (facebook for now): https://www.facebook.com/OregonSpiritistSociety/. Leave your comment below and feel free to ask us to write about any topic of your interest!